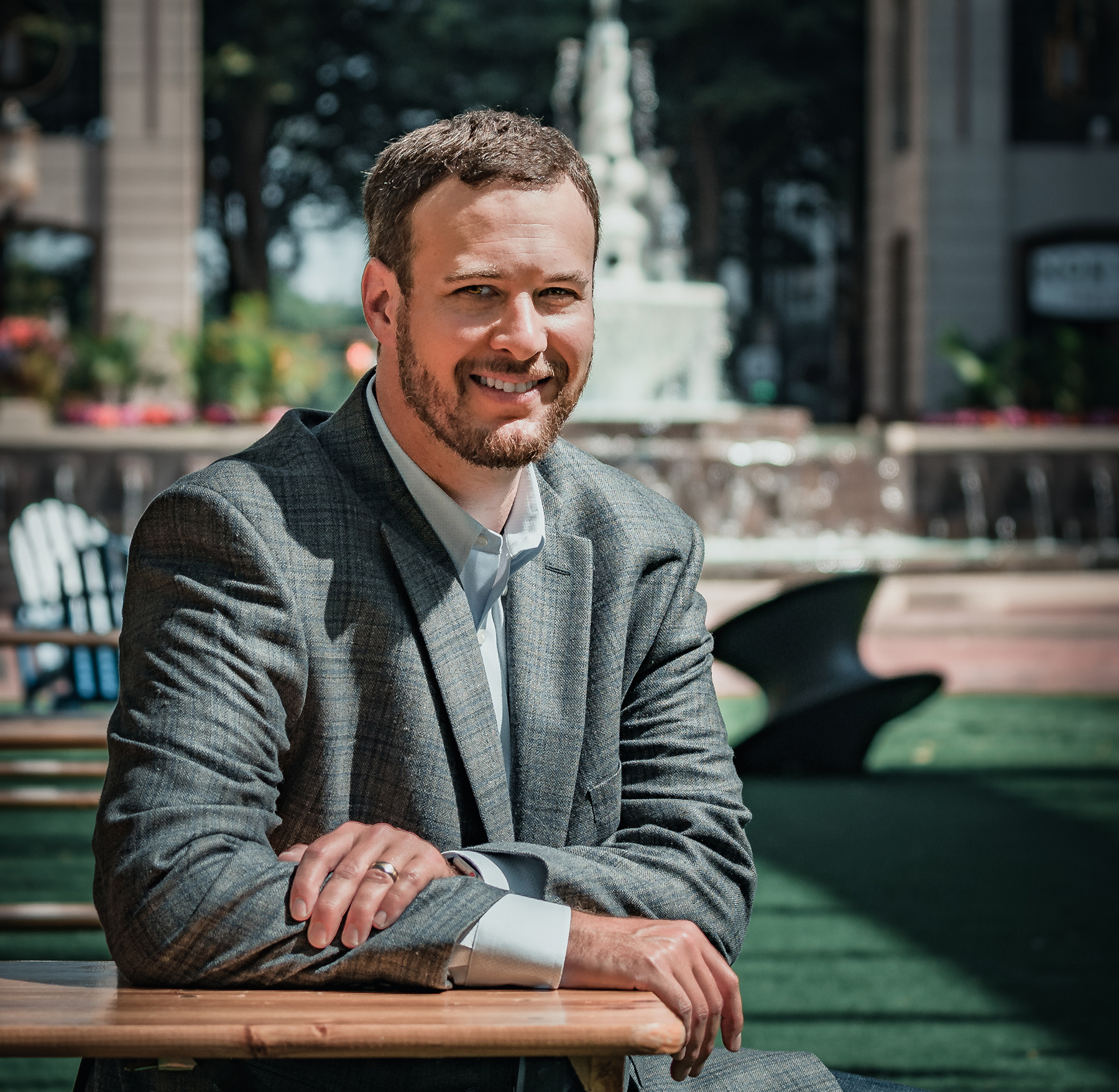 Authority Magazine’s Jason Hartman conducted an in-depth interview with CPP Senior Vice President Seth Gellis for its series, "How We Are Helping To Make Housing More Affordable." Read on to learn more about Seth, who heads up our Eastern Division, including some interesting stories, his favorite life lesson from Steve Jobs, and most importantly, why we believe preservation is the immediate solution for affordable housing.

Thank you so much for doing this with us! Before we dig in, our readers would like to get to know you a bit more. Can you tell us a bit about your “backstory”? What led you to this particular career path?

I was born in Indianapolis and lived there until my parents divorced. My mother and I, along with my grandmother, all moved to Florida, and we lived there until my grandmother passed away. We then moved to California to be closer to family. I was shaped by all of these events, but even more so by growing up in a single-parent household. Seeing my mother work so hard to make sure we had food and decent shelter really impacted my outlook on the world and my work ethic in general. I was taught to fight for what you need, be who you want to be, and stand up for those that need help.

I feel very fortunate to have had some really great mentors both personally and professionally. In college I was part of a fraternity, Lambda Chi Alpha. Most fraternities had a house, but ours did not. So, I went to raise money to buy one. Through those efforts I met some great people that liked the hustle I was putting into the endeavor. I had always liked the idea of real estate development and at that point, didn’t really know the differences between housing types.

My first foray into housing was working with the facilities team in my dormitory, which led to a job in leasing for a student housing community while I was going to school. That is where I really started running numbers and getting excited about real estate finance. Through the mentor relationships I had formed I was able to segue into real estate and worked as a runner/marketing associate for an industrial-focused brokerage shop until I graduated. While there, I found the financing and how the projects were put together more interesting than the listing and selling side, and that experience solidified that I should take the real estate development route instead of brokerage.

I landed in affordable housing after securing a position as a land acquisition analyst for Simpson Housing Solutions. There I rose up the ranks and met some really fantastic people, one in particular, Moe Mohanna, who became a lifelong friend and mentor. He entrusted me to take on whatever I could put together so long as we were always treating people the right way and being fair in our dealings. I guess you can say I got hooked on the deals but as I learned more about the people we were helping, the work became even more exciting.

There is simply nothing better than doing for others and being rewarded for your efforts in doing so. Our team motto, “do the right thing, always,” started during my time at Simpson Housing and I’ve carried it throughout my career. I’ve been incredibly fortunate to have opportunities that others may not have had, and that’s why it’s important for me to give back. At CPP, along with its parent company, WNC, the leadership team fosters a people-first mentality, and we truly live it. CPP President Anand Kannan has pushed CPP to become a national presence, and like Moe, very much believes in doing the right thing, always. It’s a guiding principle that has led to our collective success and why we work so well together.

Can you please give us your favorite “Life Lesson Quote”? Can you share how that was relevant to you in your life?

This quote is especially relevant in my work at CPP. As a mission-based developer, we are continually looking for opportunities to make a difference for our sellers, partners and the residents whose lives we can positively impact. This quote resonates in many ways:

Housing in general lacks innovation, and being foolish to me means looking for the less-obvious way to make a deal happen. Often times it takes creativity and a solution-oriented mindset.

When it comes to underwriting, relentlessly pushing for the next housing opportunity and overcoming the next obstacle to creating housing, without regard for how you previously transacted, keeps you fresh and gives you an advantage.

Financial products are constantly changing. In the environment we operate in, we want to be first and we want to find ways to make things work for everyone, which ultimately results in getting deals done that others may not have believed in.

Ok super. Let’s now shift to the main part of our discussion about the shortage of affordable housing. Lack of affordable housing has been a problem for a long time in the United States. But it seems that it has gotten a lot worse over the past five years, particularly in the large cities. I know this is a huge topic, but for the benefit of our readers can you briefly explain to our readers what brought us to this place? Where did this crisis come from?

To make a long and complicated issue as simple as possible, I believe our housing crisis stems from inappropriate land use policies that have been in place for a very long time, combined with ramped NIMBYism and bureaucracy controlling the process.

The real way out of this is to encourage the creation and preservation of as many housing units and types as possible. Increased supply, so long as we don’t lose supply, will drive down or stabilize rents.

Preservation happens to be a lot more efficient than new construction due in large part to the minimum construction requirements that most agencies require. The result is much higher costs to construct affordable housing than market-rate housing. The answer is complicated but begins with stopping the bleeding and keeping the housing we have for as long as possible. Encourage this at all costs — not only is it less costly than replacing the housing, it also is preserving housing located in irreplaceable locations that serve an existing community.

Uncertainty for housing developers becomes a barrier for preservation and new construction, so cities and counties should look hard at their PILOT and tax abatement programs and codify them whenever possible to benefit the preservation or creation of affordable and workforce housing. This will give an advantage to affordable housing developers and a reason for sellers of existing communities and/or land to provide the time needed for an affordable housing community to become a reality.

Once you stop the bleeding, create more certainty in underwriting so you can then focus on the barriers and processes limiting or delaying the creation of new supply. These include entitlements, impact fees, and plan review processes that include lengthy environmental reviews in some states. These processes allow the opposition to control the outcome of proposed affordable developments with irrational fear. Reviews by state agencies, in some states, can lengthen the process even further beyond what market-rate developers face. To the extent affordable housing can become by right in the approval process, we benefit by shortening the approval process and creating certainty in new supply. From a seller’s perspective, certainty of a quick execution might be enough for them to choose an affordable developer over a market-rate developer.

It is worth noting that there are states that have recognized this issue of uncertainty and NIMBYism. Unfortunately, they have mixed public policy goals when addressing the issue and mix certainty and streamlined processes with prevailing wage requirements. This solves one problem but substitutes it for driving up costs, still limiting how many units can be produced.

There is also opportunity for states agencies to take a hard look at their scoring, minimum construction requirements, and QAPs, and ask themselves if they are encouraging the greatest number of units being preserved and created or, are there other noble causes being placed ahead of the housing goal itself. If they are a housing agency, I argue that housing should always be the lead priority over other public policy initiatives.

If a state isn’t using all of its volume cap for 4% tax credit and bond deals, it should take a look at why it can’t put its volume cap to use. I guarantee you the answer is not a lack of available projects; it more likely lies with the projects that score under their QAP, or the systems, timing and processes that limit the ability to produce, enhance and protect housing.

Housing is a basic human need and I believe that all of us in the housing industry should focus first on housing and then on the other benefits that we can provide through it to society. The fact is that there are always competing public policy objectives and goals that have to be balanced responsibly. The core of why the housing gap continues to get worse is that as an industry we continue to create advantages for producing new construction market-rate housing over affordable housing, yet still continue to make the production of housing costly, uncertain and time consuming in general.

Can you share something about your work that makes you most proud? Is there a particular story or incident that you found most uplifting?

I’m extremely proud of the placemaking and lives that we are positively changing in some of the properties we have invested in that previously were known as high-crime neighborhoods. From seeing children play in the playgrounds and use the services we install, to the seniors who come out and find comfort in our courtyards, I can’t help but feel like we are doing the right thing, and that we are providing opportunity and housing security where it is needed most. As a brand that is mission-driven, it is gratifying to see our creativity, performance and purpose come to life at each of the communities in which we invest.

For example, our community Winton Garden Towers in Rochester, New York earned a Multi-Housing News 2020 Excellence Award in the Transaction of the Year category and reflects the innovative financing, creativity, and positive impact that CPP strives for with each of its neighborhoods. CPP, with our partner Rochester’s Cornerstone Group, rehabilitated the 206-unit Winton Garden Towers, a community that once had a poor reputation marred by major problems of crime, drugs and physical neglect. Despite the myriad challenges, CPP saw an opportunity to enhance the quality of life for these residents and turn the towers into a beacon of light for the community. We completely transformed both the exterior and interiors, and closely worked with law enforcement and neighborhood groups to ensure everyone felt safe in their new homes. It truly is a Different Way to Home.